Ealing Junior Music School is a registered charity run by nine Trustees, who direct the overall vision and running of EJMS. Operational matters are delegated to the Music Director and Administrators. Trustees are generally parents of current or former EJMS students. They are appointed based on the diverse skills and experience they bring to the Board. Reg. charity 1046811 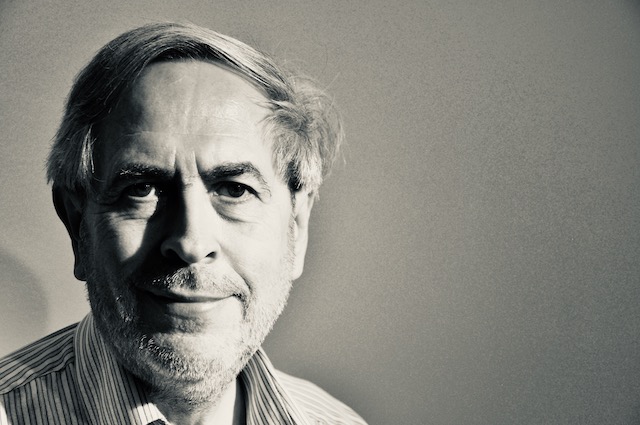 John Hudson learned the piano from age 7 and played the organ for church services from an early age. He went on to study music at the London College of Music in Great Marlborough Street, London, majoring on piano and organ.

After graduating from the LCM, John successfully completed the teacher training one-year course, but ultimately decided on a change of career. Until his recent retirement, he worked for over forty years as a tax inspector in the Inland Revenue.
Throughout his life, John has run church choirs in both London and his native North East. He currently sings tenor in two local church choirs and with the RSCM Residentiary Choir in Cathedrals across England.

John’s three children attended EJMS and his eldest grandson has recently commenced Musicianship lessons. John was asked to initially fund-raise, then in 2001 to be an EJMS Trustee, subsequently becoming Chair of Trustees in 2005. John directs the EJMS Adult Chorale, but most of his time is spent on EJMS finance and administration, putting to good use the financial and legal skills learned over those years as a tax inspector. There have been numerous challenges to EJMS’s existence over the years—both financially and with the surfeit of new and changing government legislation. Despite his retirement, John has continued with EJMS as he believes it is a really worthwhile organisation that offers so much to the children of Ealing. 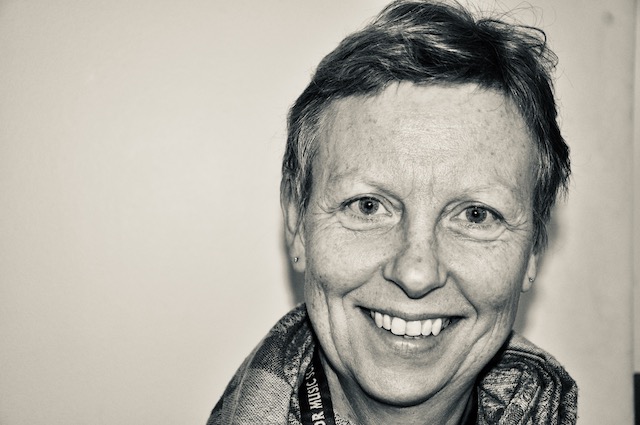 Gill grew up in a household of music-makers – not necessarily classical! Music has always been a very important part of her life, but it was as an adult that she formally learnt an instrument: first the piano and then the clarinet.

She takes great pleasure in joining the EJMS Philharmonic Orchestra and the Clarinet Choir on a Saturday morning. She also very much enjoys the fun and camaraderie – as well as the singing! – in the Adult Chorale.

Gill has worked for many years as a Speech and Language Therapist. She sees music as another way of communicating with each other.

Gill’s three children attended EJMS and she was very impressed by the school’s inclusive and encouraging ethos and its relaxed but organised atmosphere. Gill was asked to become a Trustee in 1999. Much has changed, almost beyond recognition, since then. The school has grown in size and, of necessity, in complexity – there is so much more bureaucracy, legislation and governance (a word which most people hadn’t heard of 20 years ago!) Gill continues to be impressed, however, by the continued spirit of EJMS: it continues to be based on a love – not just of music – but of sharing music and the riches which that sharing brings. 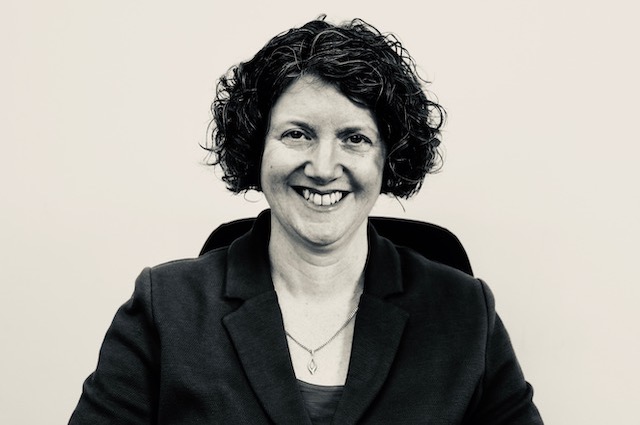 Clare trained as a chartered accountant before moving into charity management. She is currently chief executive of a small sheltered housing charity. She has experience in finance, governance, HR and pensions and general charity management which she is able to use to assist EJMS.

Clare learnt piano, recorders of all sizes, violin and oboe as a child and teenager, but her biggest musical influence was the small Saturday morning music school set up in her village by a local music teacher, giving opportunities for group music making, and as an older teenager, teaching junior recorder groups. As a result she is passionate about the type of musical experience EJMS offers. She was an EJMS parent for over 10 years.

As an adult Clare has switched to singing and recently took her first ABRSM exam for 35 years – she is very pleased with her Grade 6 distinction! 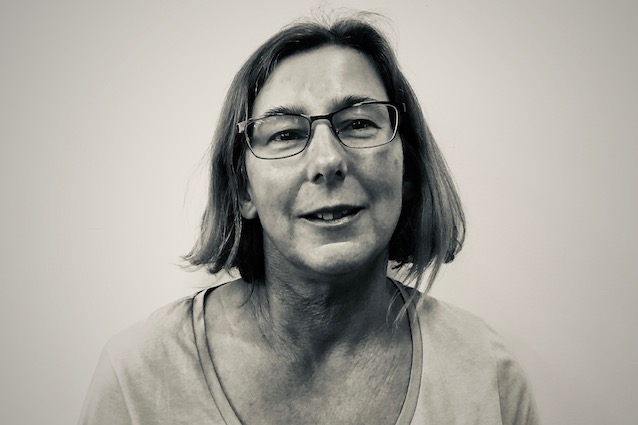 Elin Harraghy grew up in North Wales and played flute at the local Saturday morning Music School. She assumed everyone went to music school! After studying French and German at Manchester University, she qualified as a chartered accountant in London.

Elin became an EJMS Trustee in September 2005, putting her financial and accountancy skills to good use for the Board of Trustees.

Although her trumpet and saxophone / clarinet playing sons left EJMS a few years ago, she has remained a Trustee.

Highlights include ‘hindering’ at The Front Desk, while lost in admiration for our wonderful staff and attending the termly Teachers Breakfast to meet all the teachers, not to mention the end of term concerts. 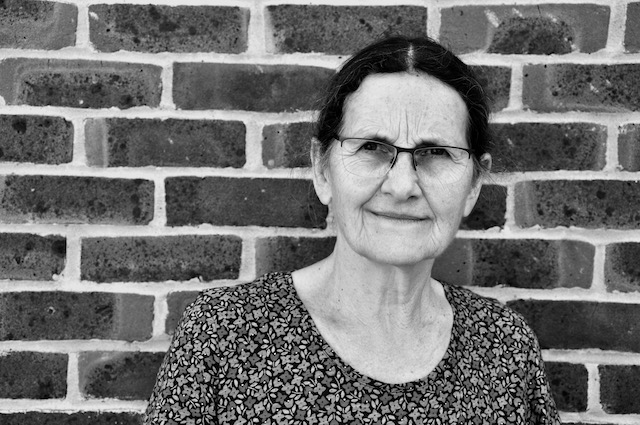 Cressida Miles was the parent of three EJMS students when Ealing Council suddenly decided late in 1992 to close down the music school at the end of March 1993. In response, Cressida became one of the very first ‘Friends of EJMS’ is an association set up by the parents to campaign for the continuation of the school, and subsequently to turn EJMS into an independent charitable trust.

She later worked as the Administrator of the new EJMS for ten years, during which time she learned a great deal not only about music and running a music school, but also about spreadsheets, accounting, employment and management, none of which were part of her previous experience as an English graduate, parent, PTA member and childminder!

Cressida brings to the Trustee Board valuable practicable experience of how a music school actually operates on a day to day basis.
She is delighted to see EJMS now thriving as an independent school, offering a wonderful variety of musical experiences to the students, amongst whom are two of her grandchildren. 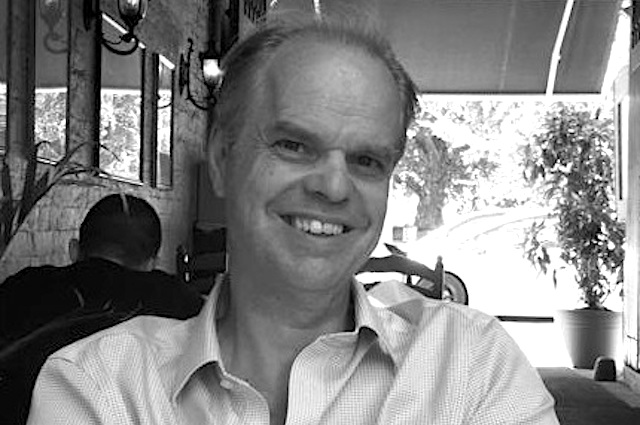 Ross Underwood is the parent of three children, two of whom attended EJMS until the age of 16.
Ross spent 20 years in the IT industry before making the decision to start up his own completely unrelated business in the Legal Industry.

Ross’s wife Laura, a Clarinet teacher, began to teach at EJMS in 1999. This prompted Ross to volunteer as an active member of ‘The Friends of EJMS’, the school’s PTA, as he was already a parent sitting in the Café every Saturday morning and he thought he may as well make himself useful ! Over the last 18 years Ross has been Chair and Deputy Chair of The Friends and has helped develop the Café into what is today.

In April 2009, Ross was invited to join the Board of Trustees of EJMS. Having an IT background, Ross’s IT expertise has helped support the development and evolvement of EJMS’s IT systems to meet the ever more complex needs of the school.

Although not a musician, his family are; and Ross gets great satisfaction by being involved and contributing to the fantastic thriving organisation that EJMS has become. 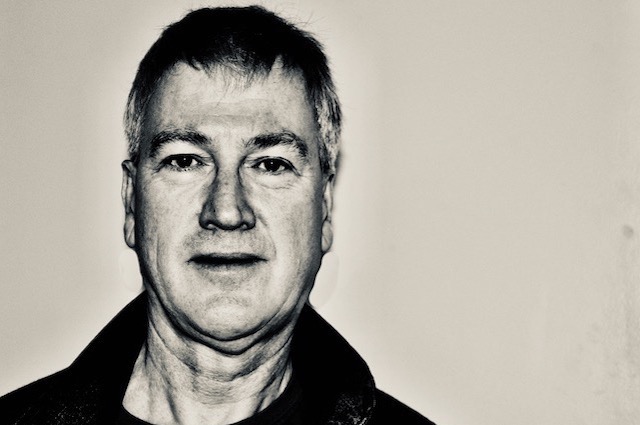 Piers has lived in Ealing for most of his life and, having rebelled against piano lessons at an early age, began a lifelong interest in singing while a chorister in St Barnabas Choir. Other than choral music, his musical tastes are diverse. From Bach to Bacharach, Elgar to the Echo and the Bunnymen…..it’s partly the diverse choice of musical repertoire in EJMS that appeals to him.

The other aspect of EJMS that is important to Piers is its sense of being a musical community and mission. EJMS People care deeply about all aspects of musical performance and conveying that interest to all students.

When not at EJMS, Piers runs a large mutual organization that funds housing associations and is also a board member of a Building Society. He is a chartered banker and treasurer. 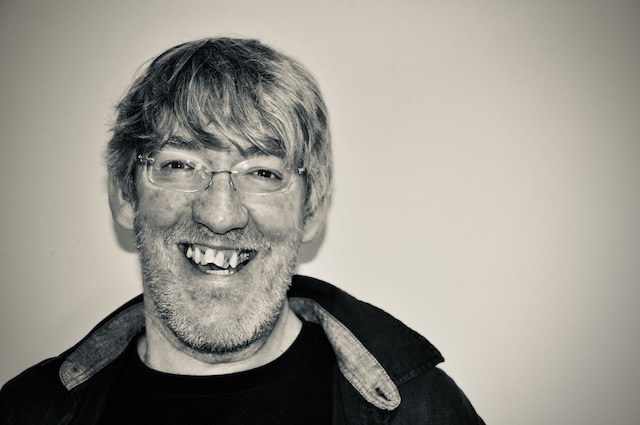 Tim’s daughter studied music at EJMS for many years and Tim became very involved with the Friends of EJMS as a committee member and the mainstay of the EJMS Café.

Although his daughter has now left EJMS, Tim has continued to be very involved with the school.

Tim’s professional life has seen him in various employments that utilised his computer skills. Since 2013 Tim has been an engineering manager for the Financial Times, delivering numerous software projects.

In 2017, Tim was asked to become a Trustee of EJMS, as the Chair of Trustees was keen to put to good use Tim’s enthusiasm and IT knowledge.

In 2019, Tim not only helped with designing major changes to the EJMS Database, but is also currently heavily involved with the creation of the brand new EJMS website.

Although not a musician himself, Tim strongly believes that EJMS is an organisation that really deserves his support, as it offers so many opportunities to children who live in Ealing. 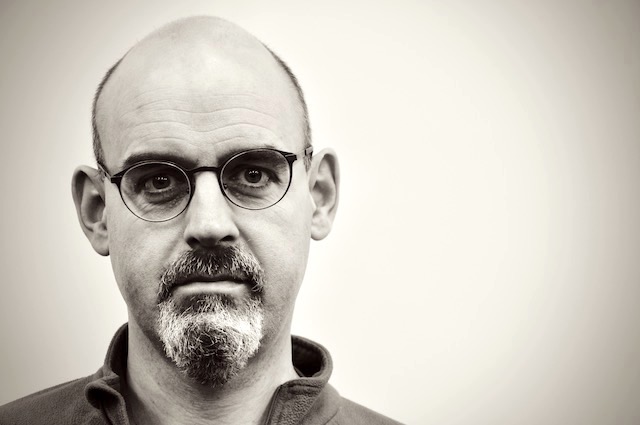 Denis Barry was born in 1971. His two children aged 9 and 13 attend EJMS, playing the cello, violin and drums. They also both love singing. Denis sings in the adult chorale (always looking for new men to join us!) and studies the double bass with Lesley Vincent.

He starting playing the violin in 1978, and since then has rather haphazardly taken up the piano, guitar and mandolin with varying degrees of ability.

He was in a band at school that performed but a single gig. He was a Junior Exhibitioner at Trinity College of Music as a teenager, and spent most of his childhood and youth in orchestras or ensembles of one form or another, many organised by John Harries at the Merton Music Centre. He went to Birmingham and Warwick Universities and spent more time doing musical theatre than law. He has been a criminal barrister since 1996, prosecuting and defending in equal measure in the full range of criminal trials.

He is constantly amazed by the amount of voluntary work put in by the staff, parents and volunteers at EJMS, making Saturdays one of the high spots of the week. Everyone who can join EJMS. It offers a great opportunity for children and young people not only to learn a particular instrument but take advantage of the sense of community that playing music together engenders. It is also fantastic fun. The teachers are musicians of the highest calibre: we are lucky to have them.